Born and raised in Philadelphia, from an early age Dan Hershberg has been obsessed with sports. Refusing to allow a .078 Little League batting average or his crippling inability to convert a left-handed lay-up deter him, Dan spent the majority of his childhood dreaming about working in sports. At age 16, that dream became a reality when he spent the summer at WSCR (The Score) Sports Radio in Chicago working in the PR department. That opportunity led to stints with Comcast SportsNet in Philadelphia, a web-based Fantasy Football service at BTG Sports and a three-year job in the front office with the Philadelphia Phillies.

After graduating Cornell University, Dan took a position with the studio production department at ESPN and worked for two years at the company’s Bristol, CT headquarters. While at ESPN, Dan produced and edited montages and other creative pieces that aired nightly on the 11pm and 1am SportsCenter. Dan’s work was featured in and responsible for the creation of the SportsCenter “Encore” segment, a creative revisit of an important game or series from that night.

Since starting Philly Phaithful from his childhood home in 2008, Dan has grown the company by leaps and bounds, with eight retail locations selling our apparel and many positive pieces of press and media coverage. Armed with seven years of experience in the retail industry, Dan is excited to take Philly Phaithful to the next level and continue to provide our customers with top-notch customer service and unique, originally designed merchandise.

Dan can be reached at [email protected]. 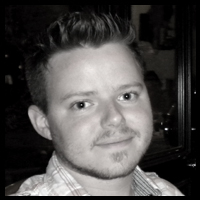 Growing up as an avid sports fan in the Lehigh Valley, Justin quickly realizing that he did not have Randall Cunningham's legs or Jeremy Roenick's wrist shot and thus decided to focus all his energy on graphic design. After great tutelage at Easton High, Justin attended Syracuse University, where he earned a degree in Communications Design in the spring of 2006.

He can now be found reppin' it in the belly of the beast...New York City. Never too timid to showcase his allegiance to the city of Brotherly Love, Justin currently finds himself on the most wanted list at several NY Sporting venues. Why do they hate us? Because we care more than they do! It was his relentless passion for design and sport that gave Justin the opportunity as a lead designer at Philly Phaithful, where he's been keeping the Phaith ever since! 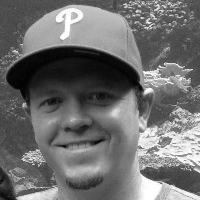 Philip joined our team in the Spring of 2011 and quickly became an integral part of Philly Phaithful. In addition to being a top-notch graphic designer, Philip owns and operates Knoxville-based Riot Printing Co., a high-quality screen printing and design organization that has printed an increasing percentage of Philly Phaithful shirts with every passing year. From tee shirt design to web-based graphics, Philip has done it all.

A die-hard Phillies fan, Philip is also an avid supporter of the USMNT and Tennessee Volunteeers football. A grad of SCAD (Savannah College of Art & Design) Philip lives in Knoxville with his lovely wife, Mary, and enough pets to legally qualify his home as a zoo. 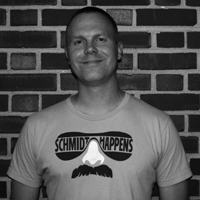 Bartley joined Philly Phaithful after a fortuitous meeting in K Lot during the Summer of 2013 and has established himself as a true jack-of-all-trades designer, tackling everything from social media graphics to custom branding packages.

In addition to his work with Philly Phaithful, Bartley is the owner of Harrisburg-based Kollision Media and the President/Creative Director of HopHeadz.com, which specializes in apparel for the craft beer enthusiast. A die-hard Eagles and Phillies fan, Bart has deep Philadelphia roots as his grandpa owned a West Philly taproom called Mahle’s Bar and Grill during his childhood. It's yet unclear if he developed his affinity for beer at that tender young age while hanging around the bar, however, his passion for his craft is undeniable. 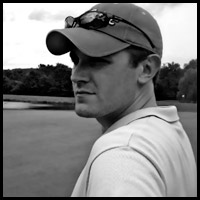 A Pennsylvania native, Kyle Kebert is one of Philly Phaithful’s original graphic designers and an exemplary human being. A Communications major while in college, Kyle has spent over ten years working with Adobe design programs, experience that allows him to create the unique, original artwork you see on our apparel. Citing creative innovation and a desire to push the envelope aesthetically, Kyle enjoys graphic design in much the same way that Andy Reid enjoys sandwiches.

When not working on apparel for Philly Phaithful, Kyle is a two-sport athlete—having played soccer and hockey in college—who runs a 4.3 40 and was ranked by Mel Kiper Jr. as the third-best prospect in amateur deck hockey. Kyle’s favorite Cheesesteak is the time-honored Wiz Wit from Pat’s.